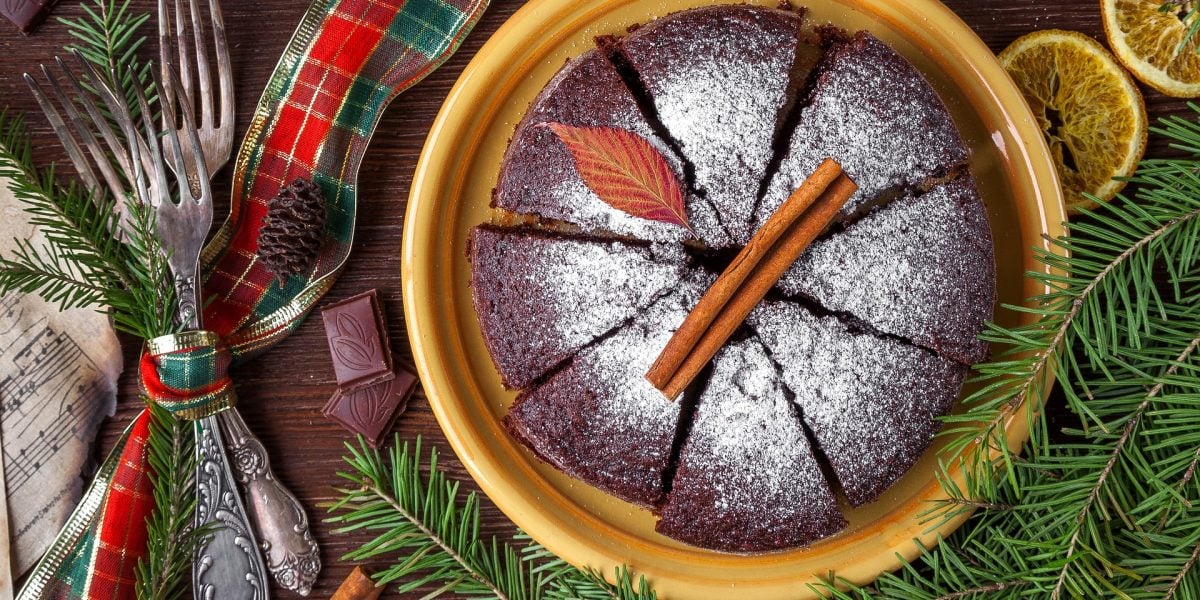 You’ve had your second, or possibly even third, helping of Christmas dinner. You’ve demolished as much turkey, stuffing, and Brussels sprouts as you possibly can, and you’re probably thinking, “I cannot eat another thing”. But when someone says “What about dessert?”, it’s almost as though we all develop a second, dessert-friendly stomach that immediately eradicates all memory of the main course, and the indulgence starts all over again. This is why we love Christmas.

Find out about different desserts for Christmas 2021 around the world

Favorite desserts for Christmas in Europe

Probably the most recognizable of all the traditional Christmas desserts, and what all Brits will argue is the best Christmas dessert, especially when it comes to European Christmas desserts, is the aptly named Christmas pudding. Dating back to medieval England, this was originally created as a way to preserve meat. However, by the 1700s, it started to become closer to what we know today as Christmas pudding, and unsurprisingly, it’s one of our favorites on this list of traditional Christmas desserts. Traditionally made from egg, suet, treacle, dried fruits, and several spices for flavoring, typically the mixture is prepared up to five weeks before Christmas on “stir-up Sunday”, the Sunday before advent. When served up, a lot of people will coat the finished pudding in brandy, and set it alight as a Christmas display, and a blue flame will briefly be visible. If you want to add to the already rich flavor, brandy butter—icing sugar, cooking butter, boiling water, and of course, brandy—is an excellent addition!

Stollen Bread: a German Christmas dessert for family get-togethers in 2021

This Christmas treat has been around for close to 700 years and is a beloved Christmas pastry in Germany. Known in Germany as Christstollen, it is a yeast bread that is baked with dried fruits, candied citrus peel, nuts, and spices. Once out of the oven, the stollen is dusted with icing sugar to be reminiscent of the snowy landscape in Germany during the winter months. If you’re lucky enough to visit Germany over the Christmas period, you’ll be able to head to a bakery and sample some freshly made stollen bread, or visit one of the many Christmas markets that take place and have some of this delicious Christmas dessert while enjoying some mulled wine as well.

Bûche de Nöel or the Yule Log Cake: A French dessert for Christmas celebrations in 2021

A favorite in France, Quebec, and in a number of former French colonies, this is a good alternative for those of you who are not so hot on dried fruit based Christmas desserts. Shaped like a log, as the name suggests, this dessert for Christmas is a chocolate lover’s dream, and a great opportunity to show off your baking skills. Essentially a chocolate-covered chocolate roulade, it’s as indulgent as you can get for a traditional Christmas dessert, and it is sure to be favorite with all your guests this Yule Tide.

A Christmas dessert fit for a king or three: Roscón de Reyes

This Spanish Christmas dessert is traditionally eaten on the 6th of January. While for a lot of people, Christmas and New Year are over and real life has taken over again, in Spain, they are still celebrating. Similarly, countries that traditionally follow the Orthodox faith, such as Greece and Russia, celebrate on the 7th of January. This time of year is called Epiphany, and it is to celebrate when the Three Kings visited Jesus to offer their gifts of gold, frankincense, and myrrh. Shaped like a doughnut and made of two pieces of yeasted dough, the filling is a generous helping of fluffy cream. Topped with candied fruits, the end result is emblematic of the crowns or hats worn by the Magi. In Spain, it’s traditional for children to receive gifts in the morning from the Three Kings, and many cities celebrate with a parade where three volunteers dress up as the kings and hand out candy to onlookers.

This traditional Hungarian pastry is not just eaten at Christmas, as they put it back on the menu for Easter as well. Made with a roll of sweet yeast bread, it is traditionally filled with poppy seeds or minced walnut. Various bakeries in Hungary offer different fillings nowadays to expand on your options. You can find Bejgli filled with chestnuts, plums, and cinnamon as well. However, the original fillings tend to be the preferred choice among Hungarians at Christmas and Easter. As a tasty accompaniment to this appetizing treat, Hungarians like to indulge in a glass of fruit wine as well.

Mexican Bunuelos are tasty treats for a family Christmas in 2021

A firm favorite in Mexico over Christmas and New Year, bunuelos are fried dough covered in cinnamon sugar, and yes, it is as delicious as it sounds! It’s generally thought that bunuelos originate from Spain and made their way over to the Americas during the Spanish settlement of the region. You can now enjoy them across Latin America, especially in Colombia, Nicaragua, and Cuba, and there are various recipes and flavors, including savory versions as well. However, come Christmas time, these cinnamon covered treats are a staple of a Mexican Navidad, and if you find yourself in the Great Basin, the Mojave Desert, or the Sonoran Desert, this is the perfect snack for your trip into Christmas desserts!

How to celebrate Christmas in Japan

Christmas in Japan is more about a time to share and spread happiness than it is a religious celebration. Christmas Eve tends to be the day that people celebrate and it’s even considered a romantic day. Couples will spend the day together and enjoy seeing the Christmas lights around the city, and go to restaurants for a romantic meal, not too dissimilar to Valentine’s Day. If you want to enjoy a Japanese style Christmas, then you can’t go wrong with a Japanese Christmas cake. Unlike the traditional, European fruit cakes, this is usually a sponge cake with whipped cream and decorated with strawberries, and also occasionally topped off with Christmas chocolates or seasonal fruits. Since in Japan it’s traditional to celebrate on Christmas Eve, this could be one of the best christmas desserts to buy before the real feast begins on the big day itself!

2 thoughts on “Best Christmas Desserts in 2021”