Friday the 13th: Escape the Superstition 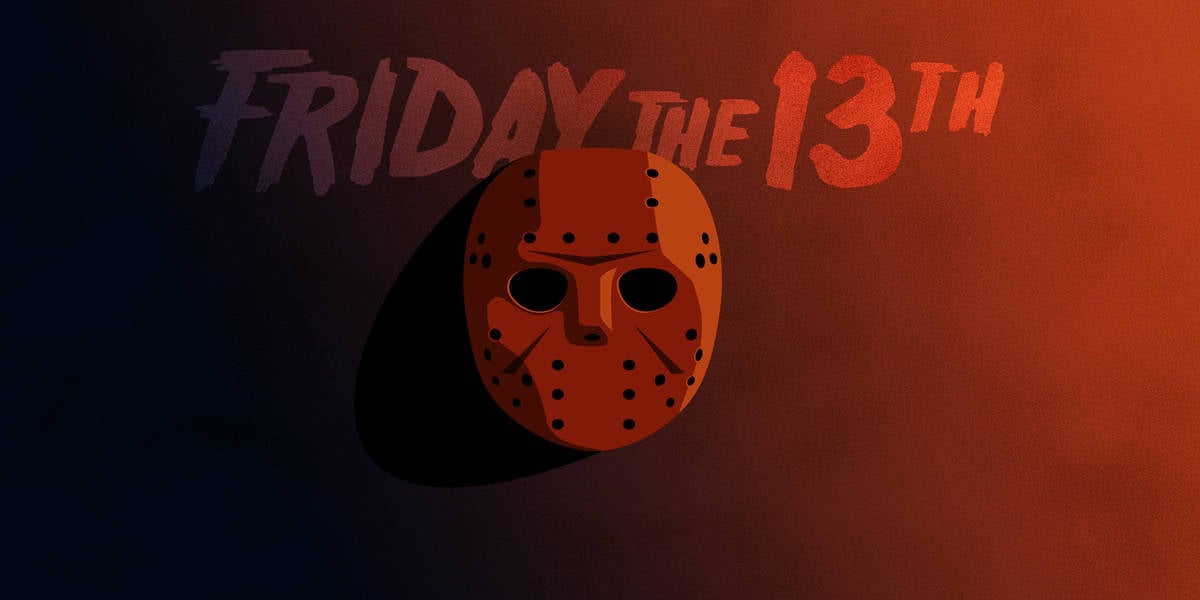 If you have any Friday the 13th superstition, you may have reservations about staying in lakeside rentals, or in a cabin in the woods. Keep reading, and we’ll change those reservations into a reservation for a weekend getaway!

Friday the 13th has long been a day of superstition. Along with walking under ladders, black cats crossing roads, and breaking mirrors, there’s almost an air of trepidation when the fateful day comes around. The fact that there’s a whole horror movie franchise about it speaks volumes. Much like other famous movies, visiting film locations for the series is popular, but where does the Friday the 13th history originate?

Friday the 13th: history and traditions

There are several ideas as to why 13 is an unlucky number, and in particular, Friday the 13th. Even in ancient civilizations, 13 had a negative association with it. The number 12 has always been associated with completeness—12 labors of Hercules, 12 zodiac signs, 12 months in the year, 12 days of Christmas—the number 13 has since become synonymous with bad luck. In Christian tradition, the night before Good Friday, or The Last Supper, saw 13 people dining together, one of whom would go on to commit the biggest betrayal, leading to the crucifixion of Jesus, and now many think that having 13 at the dining table is not just unlucky, it’s courting death!

Friday the 13th and the Knights Templar

Historians have also considered the events of Friday 13th October 1307 as the root of superstition. On this date, Philip IV of France—with the Pope’s support—arrested hundreds of the Knights Templar, a holy order of knights who fought for the church, predominantly in the Holy Lands, but were becoming increasingly powerful in the Christian world. He then brutally executed their leader and ordered the dissolution of the order, which led to hundreds, if not thousands more executions and murders. With his dying breath, the head of the order called on God to punish those that had betrayed them. A month later, the Pope died, and King Philip was killed in a hunting accident before the end of November 1307. Karma, or coincidence?

There have been other events over the years that haven’t helped suppress the superstitions surrounding Friday the 13th. On Friday 13th September 1940, Buckingham Palace was bombed during the Blitz, and then exactly 56 years later, Friday 13th September 1996, rapper Tupac Shakur passed away a few days after being shot in Las Vegas. On Friday 13th July 1951, Kansas experienced record levels of flooding, and October 13th, 2006, saw the famous “Friday the 13th Blizzard” hit areas of New York state. However, there are still people who don’t suffer from paraskevidekatriaphobia or consider Friday the 13th as ‘Freaky Friday‘.

Friday the 13th; lucky for some!

Not everyone believes that Friday the 13th is unlucky. In the late 19th century, Captain William Fowler set up ‘The Thirteen Club’ in New York, and the 13 members would meet on the 13th day of the month and would have dinner together. In Spanish and Hispanic culture, 13 is still an unlucky day, however, it’s Tuesday the 13th that’s considered unlucky. Italy doesn’t even consider 13 to be unlucky. Friday the 17th is their unlucky day, while they consider Friday the 13th lucky. If you want to avoid superstitions maybe plan a trip to Italy!

Book a cabin in the woods this Friday the 13th

“Friday the 13th” & “Cabin in the Woods” are both films that would ordinarily put you off a remote vacation in the great outdoors. However, put your superstitions aside, and check out some of our own, perfectly safe, incredible cabins in the woods.

When you head out for a vacation in an Adirondack cabin, rentals like this rustic log cabin will assuage any fears you might have about staying in a cabin in the woods. With stunning views over the mountains and forests, you can spend your winter vacations skiing and snowboarding, and the summers are perfect for exploring the great outdoors with hiking, rock climbing, and you can even have a go at The Wild Center, an elevated trail across the treetops! Upstate New York has so much stunning woodland to explore beyond the Adirondacks. With options like these lakeside cabin rentals, Upstate New York will become your new favorite spot for a vacation, and we promise, Jason Vorhees won’t be making a nuisance of himself, Friday the 13th or otherwise. Perfect for autumnal and winter vacations, they are a great choice for quiet escapes from the city during the holiday season.

This unique A-Frame cabin rental is nestled in woodland and on a beautiful piece of land in Greenwater Crystal Mountain, Mount Rainier. Close to ski resorts and with rivers running nearby, the rental is less than two hours from downtown Tacoma, Washington. Perfect for hitting the slopes in the winter, or a summer of hiking and exploring, this charming A-frame can sleep up to six people, making it the ideal spot to enjoy a family vacation. Don’t let your Friday the 13th superstitions hold you back; book a memorable getaway today!

Lakeside rentals for a Friday the 13th getaway

Lakes are an important setting for the Friday the 13th movie franchise, but these lakeside rentals have nothing unlucky about them. Perfect for family getaways and exploring the great outdoors, you’ll have no reservations about reserving one of these incredible rentals.

This extraordinary, beautiful cabin rental is on Big Bear Lake, California, and it is the ideal rental all year round. With a wide-open outdoor area and deck overlooking the lake, perfectly situated for enjoying glamping activities on the water in the summer, and in the winter, the San Bernardino Mountains, and the Big Bear Mountain Resort beckon skiers and snowboarders to carve their way through the snow for an idyllic winter getaway.

Explore lakes in NJ, and enjoy a stay in one of our Cape May vacation rentals

It would be pretty remiss of us to talk about Friday the 13th and not even mention the state it was filmed in. Don’t panic though, I’m not suggesting tempting fate or Friday the 13th superstitions by heading to Jason Voorhees’ stomping ground; Blairstown, Hope, and Hardwick are all a good three hours drive from this charming spot. Lakeside cabin rentals in NJ, especially Cape May vacation rentals, give you the perfect opportunity to enjoy a relaxing getaway with the great outdoors on your doorstep. When staying in this charming lakeside vacation rental, you can make the most of your own private dock onto the lake, as well as exploring the Belleplain State Forest. In addition, it’s only five miles away from the pristine beaches at Stone Harbor and Avalon.