May the Fourth Be With You: The Best Getaways to Celebrate Star Wars Day, 2021 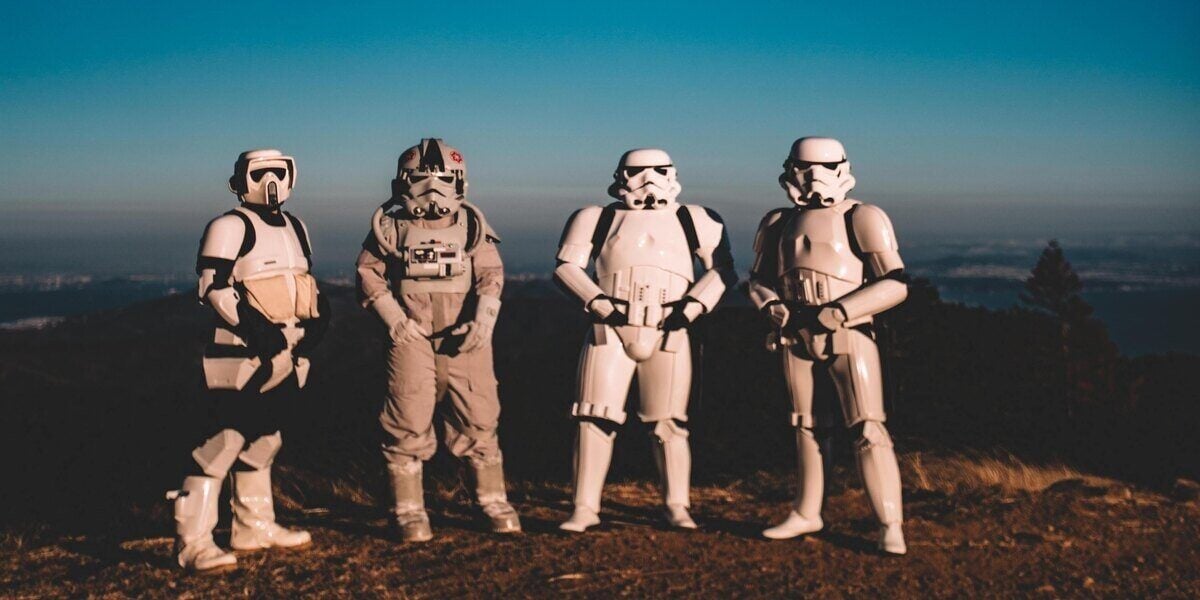 May the Fourth is an important day for all of us sci-fi and fantasy fans. That’s right, we are going there; May the Fourth be with you! I’m not even sorry. Star Wars Day, 2021, is here, and I for one cannot wait to settle down and see what happened a long time ago in a galaxy far, far away for the umpteenth time! However, have you ever wondered where Star Wars was filmed? No matter what genre of film is your favorite, visiting famous film locations is always an eye-opening experience. And what better way to celebrate May the 4th than with an incredible getaway in some of the filming locations used in our favorite space fantasy saga? Well, keep reading, fire up the Millennium Falcon, and discover where your favorite Star Wars characters traveled to make Star Wars.

The tallest tree in the world, or just looking at it from the perspective of an Ewok?

For many Star Wars fans, the Battle of Endor in the sixth chapter, The Return of the Jedi, is a highlight, not least because who doesn’t like an Ewok? Han Solo, Princess Leia, and Luke Skywalker stage their last stand against the empire here, ultimately leading to the end for Darth Vader–played by David Prowse and voiced by James Earl Jones–and Emperor Palpatine (or is it the end…?). Endor was filmed in the Redwoods State Park, California, home to the tallest tree in the world. Yes, even AT-ATs look small compared this Redwood Tree. If you decide to visit the incredible Redwood National Park, these Redwoods’ glamping tents get you within easy reach of the setting for one of the most iconic battle scenes in the whole Star Wars saga.

OK, admittedly, the majority of the shots used to depict Tatooine are actually in Tunisia, however, in Return of the Jedi, R2D2 and C3P0 are sent on a mission by Luke Skywalker–played by Mark Hamill–to try and negotiate the release of Han Solo, and rather than head all the way to the Sahara Desert, George Lucas kept it simple and filmed certain parts in Death Valley, California. Death Valley desert is an astonishingly beautiful spot, perfect for unique desert vacations. Death Valley campsites and glamping tents are the perfect way to escape to a small part of Tatooine to enjoy Star Wars Day, 2021.

What do James Bond and Star Wars have in common? Sorry, no punchline, but how about a cool fact? Sir Christopher Lee had the honor of appearing as not only Saruman in Lord of the Rings, but he played Count Dooku in Attack of the Clones and Revenge of the Sith, and he even got to be a Bond villain in The Man with the Golden Gun. Both The Man with the Golden Gun and the Revenge of the Sith were filmed in part in Phang Nga Bay, Thailand, the former lending the name “James Bond Island” to one of the stunning islands off the coast. The home planet of Chewbacca, Kashyyyk, was also filmed here, where our favorite Wookie saved Yoda from the heart-wrenching Order 66. If you spend your vacations in Thailand in Phang Nga, you can relax on the beach safe in the knowledge that no Bond villains or Clone troopers will disturb your vacation in the sun.

Take a stroll through Plaza de España, Seville, and follow in the footsteps of Anakin and Padme

The couple that turned the Skywalker family’s story into a saga, Anakin Skywalker–or Darth Vader— and Padme, played by Hayden Christensen and Natalie Portman respectively, make a snappy escape to Naboo, Padme’s home planet, during Attack of the Clones. One scene depicting the couple on Naboo was filmed in Seville, Spain. Filmed in the stunning Plaza de España, this monument built in 1928 for the Ibero-American Exposition of 1929 has been used in movies before. David Lean filmed part of his iconic movie Lawrence of Arabia here. During your vacations in Seville, you can look forward to a plethora of historic architecture, including the incredible Seville Cathedral with its tower, the Giralda, towering over the city.

Wadi Rum, Jordan, is already an incredible spot to explore when you’re looking for the best desert vacations, and for Sci-Fi fans, it’s practically a pilgrimage spot. Ridley Scott used Wadi Rum for both Prometheus and The Martian. Add to the fact that not one, but two Star Wars movies were filmed here, and Star Wars Day, 2021, just got even better. The Wadi Rum desert was used in Rogue One as the moon Jedha, and again in The Rise of Skywalker, the ninth and final installment in the Skywalker Saga, as the planet Pasaana. So, whether you’re a Daisy Ridley and John Boyega fan, or Felicity Jones and Diego Luna are your Star Wars heroes, you can enjoy spending some time exploring two planets from that wonderful galaxy, far, far away.

Still looking for some vacations that are out of this world? Keep reading and find the top destinations with a Mars landscape!