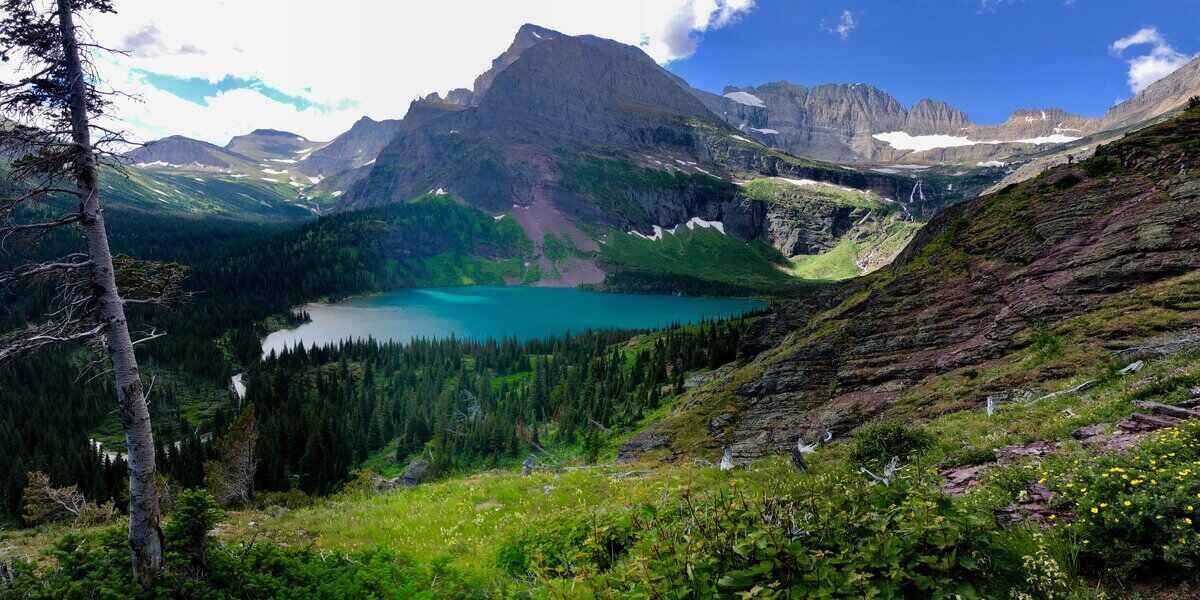 Planning a trip into the great American outdoors this 2020? Keep these national park facts in your back pocket and impress your companions during your adventures!

There are a number of interesting facts about Ulysses S. Grant. Yellowstone National Park Protection Act was introduced by the 18th U.S. president on March 1, 1872, which ensured that Yellowstone was “reserved and withdrawn from settlement, occupancy, or sale” and that it was “for the benefit and the enjoyment of the people,” thus, creating the concept of a National Park.

Today, there are 60 National Parks across the United States, many of which showcase some of the world’s most fascinating and awe-inspiring geological features on the planet—including red rock canyons, snow-capped peaks, deep lakes, and even a supervolcano. Every year, they attract millions of adventurers who are yearning to experience the sublime beauty of the wilderness and a rejuvenating sense of freedom. Keep reading to find out some interesting facts about national parks in the USA.

Yellowstone National Park Facts 2020 for those about to explore America

Sprawling across three different states, Montana, Wyoming, and Idaho, Yellowstone was the first-ever National Park and is renowned for its multitude of wildlife and geological features including Old Faithful, a spectacular cone geyser that erupts with relative predictability, which led to its name.

Fact #1: Beneath the surface of Yellowstone is an active supervolcano that contains enough magma to fill the Grand Canyon more than 11 times over.

Sequoia National Park lies in the Sierra Nevada mountain range of California and is world-famous for its astonishing sequoia trees in the Giant Forest and its breathtaking trails, including the Moro Rock Trail, which offer sensational mountain views.

Fact #2: Your new Sequoia tree facts: named after an American Civil War general, the General Sherman sequoia tree towers above any visitor at 83.8 meters tall and is the largest-known, living, single stem tree on the planet.

National park trivia: discover amazing things to do in Yosemite National Park and pick up more facts along the way in 2020

In need of some more national park trivia? Thanks to the efforts of Scottish activist John Muir, who grew up in Wisconsin, the natural beauty of Yosemite was well-documented in national newspapers, magazines, and journals, and he was able to raise awareness about the potential threat of destruction to its landscape.

Best time to visit the Smokies? 2020 is the year of the great American outdoors and discover more facts about national parks

More facts about national parks await! Spanning across North Carolina camp sites and Tennessee, the legendary park is renowned for its astonishing fall colors, its snowcapped peaks in the winter, and its rich Southern Appalachian history. Unlike other national parks, there is no charge to enter the park, and it proudly holds the title of the most-visited national park in the U.S.

There are over 800 miles of hiking trails, including the Appalachian Trail, as well as picturesque rivers and waterfalls, ancient woodlands, and 300-million-year-old mountains.

Fact #4: The park gets its name from the Cherokee word shaconage, which means “place of blue smoke” and describes the eerie fog that gathers above the forested mountains, which creates a “smoky” effect.

The Olympic National Park is one of the most unspoiled parks in the country, giving visitors an insight into its ancient formation from glacial ice and authentic wilderness experience. Its mountains were developed deep beneath the ocean’s surface before glaciers, which were one mile-thick, carved out its rugged terrain. Nowadays, it is home to an array of diverse ecosystems, all teeming with wildlife, and boasts 73 miles of epic mountainous coastline, just one of the interesting facts about Olympic National Park.

#Fact 5: Did you know these Olympic National Park interesting facts? Due to its Ice Age isolation, 15 animals and eight species of plant evolved here and nowhere else on the planet, such as the Olympic marmot, Olympic mud minnow, and crescent trout.

Check out our collection of extraordinary accommodations near National Parks and enjoy an unforgettable experience in the sublime beauty of nature!