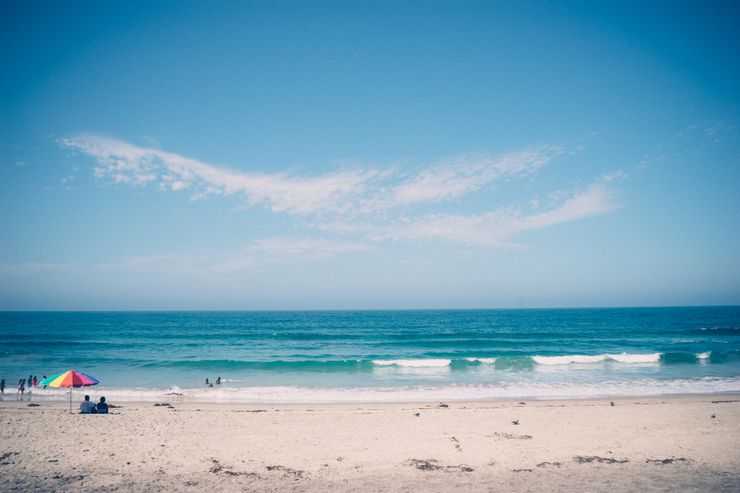 With the June solstice firmly behind us, summer is gradually drawing to a close. The nights are getting longer, and the weather is getting colder, causing many of us to daydream of a summer that never ends. Wouldn’t that be lovely? Imagine it—warm weather in December instead of bracing yourself against whipping winds, sub-zero temperatures, and heavy snowstorms. While it’s not possible to bring the warm beach weather of the Caribbean to a Midwest winter, you can escape the cold and snow.

Head out to one of these warm vacation spots from November through February, as these places boast year-round warm temperatures and sunny weather!

In Mexico, the Riviera Maya can be found on the eastern coast of the Yucatán Peninsula in the Caribbean, and is a popular location for both locals and tourists. The region boasts a low tropical climate, with mean annual temperatures ranging from 75 to 77 degrees Fahrenheit, and the jungles and beaches one expects from the Caribbean.

Popular activities include swimming with dolphins, jet skiing, and scuba diving, as you might expect, but the region is also home to some incredibly preserved Mayan ruins. History buffs and culture vultures will love a visit to Tulum on the coast or Chichen Itza, which is two hours inland. The area is serviced by the Cancún International Airport, with many direct flights from the U.S.

Costa Rica’s Central Valley, where the capital of San José is, has a tropical wet and dry climate, and average temperatures vary very little, with averages of 71 degrees Fahrenheit in October and 75 degrees Fahrenheit in April. The result is an incredibly fertile terrain, teeming with lush jungles, winding rivers, and impressive volcanoes, making it one of the best vacation spots for trekking and adventure.

Visitors can explore the rainforests and mountains by hiking, rafting, zip-lining, and taking an aerial tram above the tree canopy. Meanwhile, the city of San José offers a variety of urban and cultural activities. This is likely the first port of call for most visitors, with the Juan Santamaría International Airport just 12 miles west.

As you might expect from southern California, temperatures in Santa Barbara are pleasant throughout the whole year. Even during winter, from November to March, temperatures can climb up into the 60s in the afternoon—the perfect, warm, beach weather for barefoot walks on the sand, albeit perhaps a little too brisk for a dip in the sea for all but the very brave!

During the summer, visitors can rent out paddleboards, kayaks, and bikes to explore Butterfly Beach and the harbor. Visiting in winter, you can avoid the crowds and go shopping on State Street or visit the bohemian Funk Zone, with its art galleries and boutiques. Once you work up an appetite, there are dozens of unique eateries to satisfy your cravings, including everything from Japanese to Mexican cuisine.

Spain’s Canary Islands, located off the western coast of Morocco, have a subtropical and desert climate, which is regulated by the ocean winds, The end result is mild temperatures all year round, with a low of 65 degrees Fahrenheit in January and a high of 76 degrees Fahrenheit in August—making these islands one of the best beach vacations in Europe at any time of the year.

There are seven islands in total, and all boast sublime beaches and the opportunity go scuba diving, whale watching, and sky diving for a unique view of the islands. On the island of Tenerife, though, is where you will find Teide National Park and Mount Teide, Earth’s third tallest volcanic structure.

The coolest and wettest entry in our list, nor strictly a land of endless summer, Stellenbosch still boasts warm weather in December, January, and February, due to its location in the southern hemisphere. Located to the east of Cape Town in South Africa, Stellenbosch is famous for being the main wine region of South Africa, and as such, visitors flock from all around the world to visit the vineyards and wineries to sample their wares.

Don’t like wine? Not to worry! There are two nature reserves nearby, Jonkershoek and Jan Marais, both of which offer hiking and mountain biking routes, as well as fantastic spots for games with the family or romantic picnics. The more adventurous will enjoy Pete’s Adventure Farm, where you can go ATVing, do some horseback riding, or try your hand at archery. Giraffe House is home to—you guessed it—giraffes and other animals, making it a great option for a day out with the family.

Bangkok, the capital of Thailand, is one of the best vacation spots in winter, boasting average temperatures of 80 degrees Fahrenheit in these months. In fact, the temperature barely changes all year, and its seasons can be divided into three—hot, rainy, and cool—although their cool is our hot! The city itself is famous for its incredible nightlife, fantastic street food, and as a base to explore the beaches on the Gulf of Thailand, where you can go whale watching and scuba diving.

Other attractions in the city include the fascinating Grand Palace and nearby, the Wat Pho Buddhist Temple, which is home to a 46-meter-long, gold-plated, reclining Buddha statue. The best way to get around is by taking a “sky train,” where you can see Bangkok from a height in the comfort of an air-conditioned carriage. If possible, try to visit between April 13-15, when Songkran, or Thai New Year’s, is celebrated. The whole city breaks out into a huge water fight! It’s not just a way to keep cool, even though it definitely helps; the tradition comes from the Buddhist belief that this will wash away any sins and bad luck.

Dahab, Egypt, is located on the southeast coast of the Sinai Peninsula and has a hot desert climate. Tempered by the winds coming in off the Gulf of Aqaba and the Red Sea, the city ends up having nice weather year-round. October is a great time to visit, as, by then, the highest temperatures have passed, and the town begins to cool. A whole world away from the chaos of downtown Cairo and the pyramids, Dahab is a mellow beach town on the backpacker trail and is famous for being one of the best diving spots in Africa.

In addition to scuba diving, you can also explore the land surrounding the town on horseback or by camel, giving you an insight into the local Bedouin culture, as they gallop through the desert canyons to drink traditional tea at an oasis. The area is also home to St. Catherine’s Monastery, which was built upon the spot where Moses was said to have encountered the burning bush. As if that weren’t enough, the monastery is found at the foot of Mount Sinai, the 7,497-foot mountain where the Ten Commandments were received by Moses.

Feeling inspired? Keep exploring on Glamping Hub to find where you’re going to extend your summer!